Protecting Yourself Against Catalytic Converter Theft 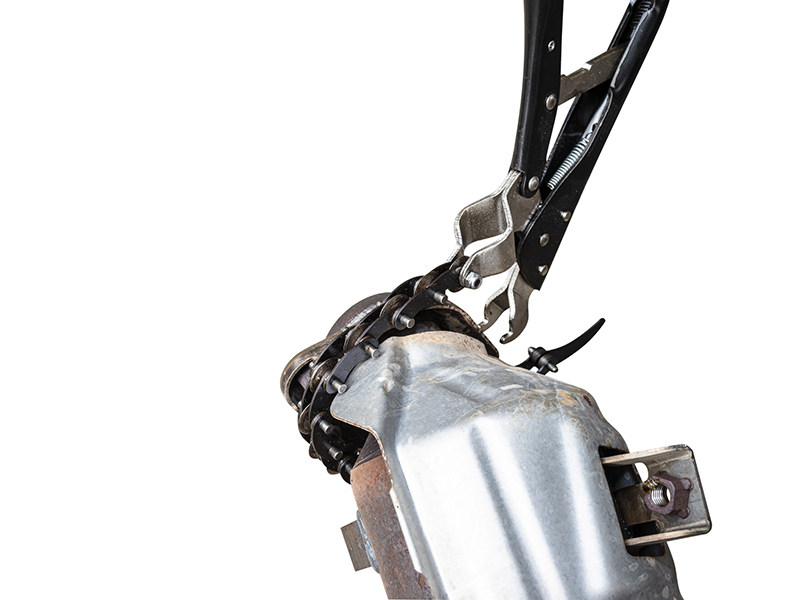 A catalytic converter is a device found in vehicles’ exhaust systems that converts environmentally hazardous exhaust into less harmful gasses. Although catalytic converters have been installed in every new vehicle since 1975, theft of these devices has skyrocketed in recent years due to the highly valuable precious metals they contain. With catalytic converter theft on the rise, it’s important that you understand how to protect yourself.

Why Catalytic Converters Get Stolen

The National Insurance Crime Bureau (NICB) found that the number of reported catalytic converter thefts increased from roughly 1,300 in 2018 to more than 52,000 in 2021. Several reasons thieves target these devices include:

How to Prevent Catalytic Converter Theft 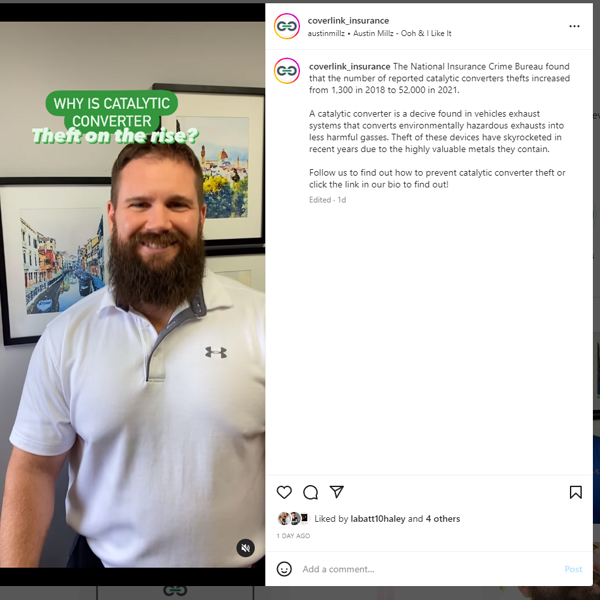 Even with the proper insurance coverage, victims of catalytic converter theft may still have to wait for repairs due to parts delivery delays and repair shop backups. With such thefts on the rise, taking preventive action is the best way to avoid becoming a target. Contact us today to review your auto insurance policy and make sure you have the proper coverage.